The sky is dark and the moon is also not visible

The sky is dark and the moon is also not visible, night seems to be like killing, piercing its needles into my heart. Since the day he left me, I am broken, desolated as someone has stabbed a knife into my soul. With my broken heart, my whole life is shattered. I secluded myself into a corner. Rohan and I would love each other, but Rohan had left me suddenly saying, “He does not love me anymore?”

This is a case of a million others who are either betrayed or their love lost. But the question is why do heartbreaks, and why do we feel so disgusted when our lover leaves us? Is love so horrible thing?

A broken heart is an intense emotional pain that is so agonizing. Nothing matters for us and at this moment no one matters. We feel we are deprived of everything. Heartbroken is a pain that cannot be felt physically but it is emotionally and psychologically very severe.

Lovers break their commitments and those promises in their moonlight, to leave their loved ones shattered. Each story is different, with different narrations.

It isn’t we don’t know of these stories as we had all gone through its vagaries, but someone down the line we tend to forget it when we are ourselves attracted and so seduced or carried away. We hardly know what lies in factual life. As there are many shades in a relationship, some blueness, somewhere down the beneath under the sky white, but there is nothing that deters us.

It was love at one go as their eyes met and they both fell in love, but within a few days they parted. Why? They were not compatible. Their interests do not match. If one wants to go towards the Eastern side, the other would want to move towards West, Of course, two different humans from different families so their interests ought to be different. One loves romantic movies while other war, while one has a craving to eat in restaurants, while others prefer street food. Their different tastes cause differences and often scuffle. Initially, their heart would flutter, hands get sweet and their eyes would be eager to see each other, but on the other hand, they would depart.

One would say “You have not dressed up well”, the other will get annoyed, and they would get parted. Some of the reasons could also be, well childish;

CALLING TOO MUCH OR CALLING SO LESS.

GIVING ANNOYING OR TOO MUCH WHAT’S UP MESSAGES OR NOT MESSAGES AT ALL.

HAD FOUR CUPS OF COFFEE WAITING FOR YOU IN A RESTAURANT AND YOU DIDN’T TURN UP OR TURN UP VERY LATE!

YOU DIDN’T TELL ME WHAT YOU ATE TODAY?

YOU DIDN’T TELL ME WHOM YOU MET YESTERDAY OR WHAT YOU DID THE WHOLE DAY?

If I keep on writing it, it will keep going. These are just menial nuisances of life, but break the friendship and your love, if it is not standing on a strong foundation. There are several things in our lives that are neither fully white nor fully black.

He is a playboy or a playgirl:

You never know whether to whom you loving and give your heart or soul loves you or not or only playing with your emotions. Yes, there are several of them who do not love you but faking love, passing time, and playing with your emotions. You won’t believe 80 % in India are heartbroken and distressed both psychologically and emotionally as they fell in love who turned out to be only a playboy or a playgirl. These are only players of emotions, once they are quenched; they switch to another, and another and yet another. Many young girls have spoiled their lives as they have fallen into the trap of these love prays.

No money in Pocket

While having dinner together in a restaurant, a girl finds out the boy does not have money, she paid it for the meals. But when they parted, the girl texted a message to him, “We cannot carry on, as I want a rich guy.” Here the love demands money, if no money, no love. One more heart is broken.

Often in love, we have higher expectations from each other. I expect he would take me to shop every week and he expects she would do anything that I want. Human psychological levels are quite different, which makes both different. Even though both are bonded in strong love, yet the instinct nature and those mental waves make the two depart. Too much of expectations would start creating problems, and that can cause unbearable pains and emotional traumas.

There are many more reasons, betrayal, lover shifted to other places, etc, etc, but one thing is clear heart once broken is very difficult to heal. Love, at first sight, can happen quickly but to retain it is not a simply baked cake. Love is not only a physical sensation, that attracts but it is bondage of both heart and soul, the heartiest and sweetest thing requiring creative icing and that too with love.

Differences will be there and we cannot forget also about it, but to ignore and still retain these differences is love. 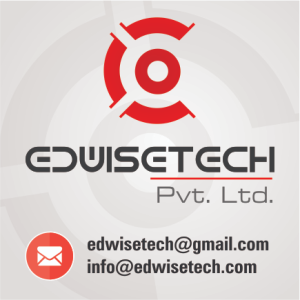 On the National Highway No 52

We got all jammed in a car; it was white Innova, one of us along with the driver at the front, four in the middle, and two at the back.

Spending honeymoon with your special one in a place where breathtaking scenic beauty refreshes you, fresh and floral air revitalizes you and pleasant

There is hardly any Indian, who has not heard about Khichdi, an Indian potpourri, made up of Rice, Lentils, and Spices.

I’m Shane, a girly girl and lover of life. Join me on the journey to find latest in fashion.
READ MORE

No spam, notifications only about new products, updates.

On the National Highway No 52

Make sure this account has posts available on instagram.com.

Your Opinion on Polling

PrevPreviousWhat romance means for a woman?
Copyright. All Rights Reserved.